Neuroexistentialism: Meaning, Morals, and Purpose in the Age of Neuroscience (Review)

“There is little doubt that modern science has thoroughly undermined any hopes for a higher purpose or meaning inherent in the universe itself” (305), writes theoretical physicist Sean Carroll for the edited volume, Neuroexistentialism. Editors Gregg D. Caruso and Owen Flanagan organize eighteen chapters for this excellent collection that invites contributions from a diverse group of scholars, representing rich perspectives on “meaning morals and purpose in the age of neuroscience,” as the volume’s subtitle signals.

The term ‘neuroexistentialism ‘captures the anxiety occasioned by neuroscience’s challenge to foundational concepts like morality, free will, and life’s meaning: as Caruso and Flanagan observe, “even as science yields the truth about human nature, it also disenchants” (ix). They sketch the characteristics of neuroexistentialism in the introduction, appearing antecedently to the first major section of the collection. They affirm well-known existentialist Jean-Paul Sartre’s claim that existentialism is a humanism, and they connect this notion to their present work: “What we call neuroexistentialism is a recent expression of existential anxiety over the nature of persons” (1; emphasis in original). Flanagan and Caruso call on those living in the age of the brain sciences to “[make] sense of the nature, meaning, and purpose of our lives given that we are material beings living in a material world” (9). They suggest in the absence of an ultimate meaning-maker, “we can each impose a degree of unity on ourselves,” even if a self-unifying account may not culminate in a well-defined endpoint, insofar as persons are “in process of unification but never achieving it” (15). Hence, existentialism includes an axiological, or goal-directed, insecurity. The axiological effort is a shared feature of many chapters.

Neuroexistentialism is partitioned thematically into four sections: “Morality Love and Emotion” (Part I), “Autonomy, Consciousness and the Self” (Part II), “Free Will, Moral Responsibility, Meaning in Life (Part III), and “Neuroscience and the Law” (Part IV). Patricia Churchland’s contribution opens the first section, in which she asks why moral motivation looms large in human decision-making. The answer is revealed in part by the structure of the brain and two evolutionary upgrades: first, an increase in neurons and brain size leading to the development of the neocortex; and second, scheduled learning regulated by an immature, “learning-ready” brain at birth (30). A learning-ready brain renders offspring more vulnerable to prey; hence, parents extended survival mechanisms to account for their offspring. Altruism was likely born from this circumstance, claims Churchland. She goes on to discuss neurochemistry, specifically the peptides oxytocin and vasopressin, and their role in social behavior. Maureen Sie, in her contribution, grounds our morality in love, and she appeals to oxytocin and vasopressin for their roles in trust building (40). Sie rehearses Christian apologist C.S. Lewis’s discussion of love as a basis for her account (41ff.).

Paul Henne and Walter Sinnott-Armstrong consider the claim that neuroscience may undermine our moral judgments, and if this is the case, how might we behave? After all, moral judgments often “prevent us from misbehaving when tempted” (54). Henne and Sinnott-Armstrong note that neuroscience and moral psychology have tested only a sample of moral judgment types. Rather than underminer, neuroscience plays the role of “trimmer and categorizer” (65; my emphasis). They suggest continued neuroscientific experimentation guided by the pursuit of a constructive role in moral theory whereby neuroscience may help us think about moral judgments in new ways. Continuing the focus on morality, love, and emotion, Edmund Rolls identifies two structures of the brain involved in two processes of regulating emotional behavior (72), and discusses the implications for purpose, meaning, and ethics. Rolls cites brain design in terms of reward and punishment, and he describes genes that gain “adaptive value by being tuned for a goal of action” (73), reinforcing the theme of axiology. Jesse Prinz’s contribution closes the first section. Prinz discusses the emotional role in rendering moral judgments, and he appeals to brain structures for their functional roles (see especially 95). Prinz offers a fascinating discussion of moral sedimentation, a concept borrowed from Edmund Husserl. Sedimentation suggests large-scale theories are “enshrined in language, inherited, and passively accepted” (88). Prinz applies the concept to illuminate the prejudicial thinking that may inform at least some moral judgments.

Part II examines autonomy, consciousness, and the self, and opens with an account from Neil Levy, “Choices without Choosers: Toward a Neuropsychologically Plausible Existentialism.” In his chapter, Levy conceives of an agent “always in process of unification but never achieving it … in negotiation with values rather than choosing them” (113). He acknowledges our “self-knowledge is severely restricted,” and so unity is a “fragile and ever-threatened achievement” (123). Shaun Gallagher, Ben Morgan, and Naomi Rokotnitz move away from individualism and propose a “4E” account of human existence (136ff). These four dimensions include: embodied, recognizing the brain evolved with the body; embedded in a physical and social environment; enactive, or action-oriented; and extended, as our cognition relies on interaction with the environment. “All of the intersubjective processes are primarily interactive in nature and not reducible to internal neural representations” (139). Walter Glannon, in his contribution, asks readers to consider “structural and neurochemical factors inside the brain and then interpersonal and situational factors outside the brain” (150). He resists the charge that maintaining mental and neural properties commits one to “dualism,” the view that mind and brain are distinct.” Peter U. Tse’s chapter, “Two Types of Libertarian Free Will are Realized in the Brain,” builds implicitly on the non-dualistic conception offered in Glannon’s chapter. Tse engages philosopher Jaegwon Kim’s exclusion argument; one of the better-known arguments against the causal efficacy of “mental events.” An analysis of Kim’s account and Tse’s reply would require more space than we have here, but Tse replies that Kim’s argument cannot handle causal indeterminacy. He then offers a positive account, evoking a first and second-order free will in the brain.

Part III raises issues related to moral responsibility and meaning in life. In their chapter, Derk Pereboom and Gregg Caruso note that adopting a skeptical stance toward free-will raises practical concerns that morality will be undermined at the detriment to interpersonal relationships and an inability to properly control criminal behavior (199). Pereboom and Caruso outline alternative approaches to rehabilitation and incapacitation to address criminal behavior while maintaining skepticism.

“Let’s face it,” writes Michael Gazzaniga in his contribution, “We are big animals with brains that carry out every single action automatically and outside our ability to describe how it works” (223). Gazzaniga affirms our mental states emerge from cell-cell interactions, but mental states cannot be understood only in virtue of these interactions (229). Looking beyond cell interactions and internal structures, in “Free Will Skepticism, Freedom, and Criminal Behavior,” Farah Focquaert, Andrea L. Glenn, and Adrian Raine argue “all human behavior results from the same cumulative and interactive social, psychological, and neurobiological causal factors.” They claim the guilty-nonguilty distinction in judging criminal behavior “does not makes sense” (247). Their chapter considers non-retributive punishment to hold offenders accountable without moral guilt attributions.

Eddy Nahmias promotes neuronaturalism as a guiding thesis, which is a position that accommodates all forms of “physicalism.” On the neuronaturalist view, mental processes are realized in neural processes (252). Nahmias expects many people will experience existential un-ease as their conception of free will shifts toward naturalism, but he is optimistic future theories will account for people’s experiences and alleviate angst. Nahmias distinguishes helpfully between explaining functions, rather than explaining them away (256; emphasis in original). Nahmias’s comments suggesting the mitigation of existential angst when a theory commensurate with one’s experience is adopted, is consistent with Nadelhoffer and Cole Wright’s chapter. They suggest one’s humility is negatively correlated to existential angst (277). In both Nahmias and Nadelhoffer and Cole Wright, it seems, the less dogmatically one adheres to current theory, the less anxiety they feel when theoretical ground shifts beneath them. If humility is what we are after, we may find this in Carroll’s contribution. He places “questions of purpose and freedom in the universe” in touch with “ideas from physics and cosmology (300).

Valerie Hardcastle considers five years of appellate court history where a brain scan entered into the legal decision to open Part IV, “Neuroscience and the Law.” She finds that although neuroscience is not yet affecting the law, Hardcastle recognizes we are, “at the beginning of this sea change” (327). Addressing pragmatically the near-term bearing of neuroscience on “challenging questions about the existence, source, and content of meaning morals and purpose in human life,” Stephen Morse argues that neuroscience will “neither obliterate nor resolve them” (333). Morse resists the idea that neuroscience undermines our agency.

Neuroexistentialism considers meaning, morals, and purpose in the age of neuroscience. Contributors develop perspectives through which readers consider their own axiology—their aims, pursuit, and values—in a world possibly devoid of free choice and meaning. The process toward unification, acknowledging our limited self-knowledge, and adopting humility are axiological steps toward resolving angst and anxiety. After all, existentialism is a humanism, and these values promote life’s meaning, as such.

Adam Hayden, MA is a spouse, son, brother, father, and friend, living with brain cancer (glioblastoma). He is an independent scholar thinking carefully about illness, biomedical research, and the aims of inquiry. Adam is a recognized patient advocate for his disease community, and his university recently recognized Adam with a Distinguished Alumni Award for his public scholarship and engagement with medical education, through the dual lens of philosophy and personal illness experience. He tweets at @adamhayden. 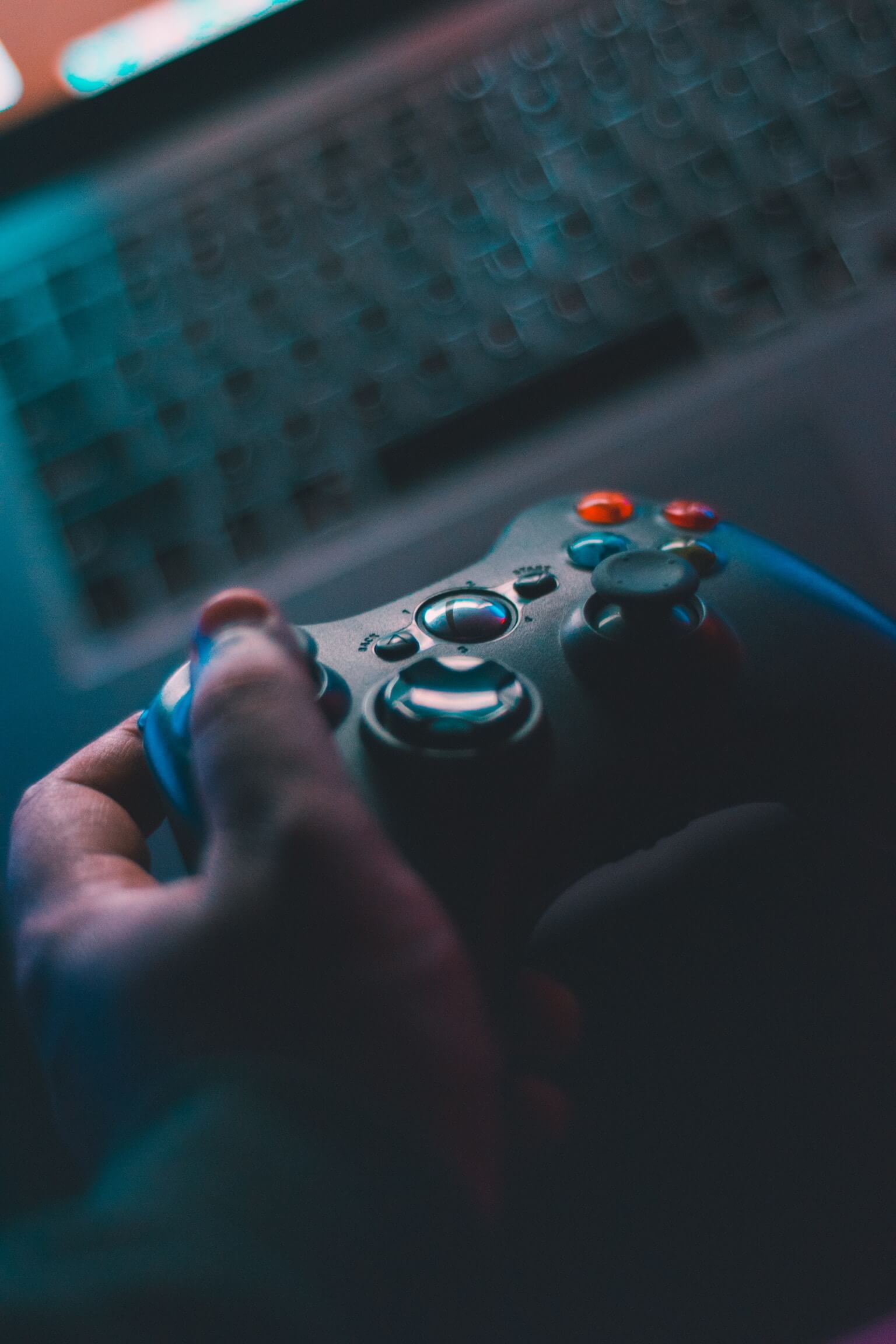 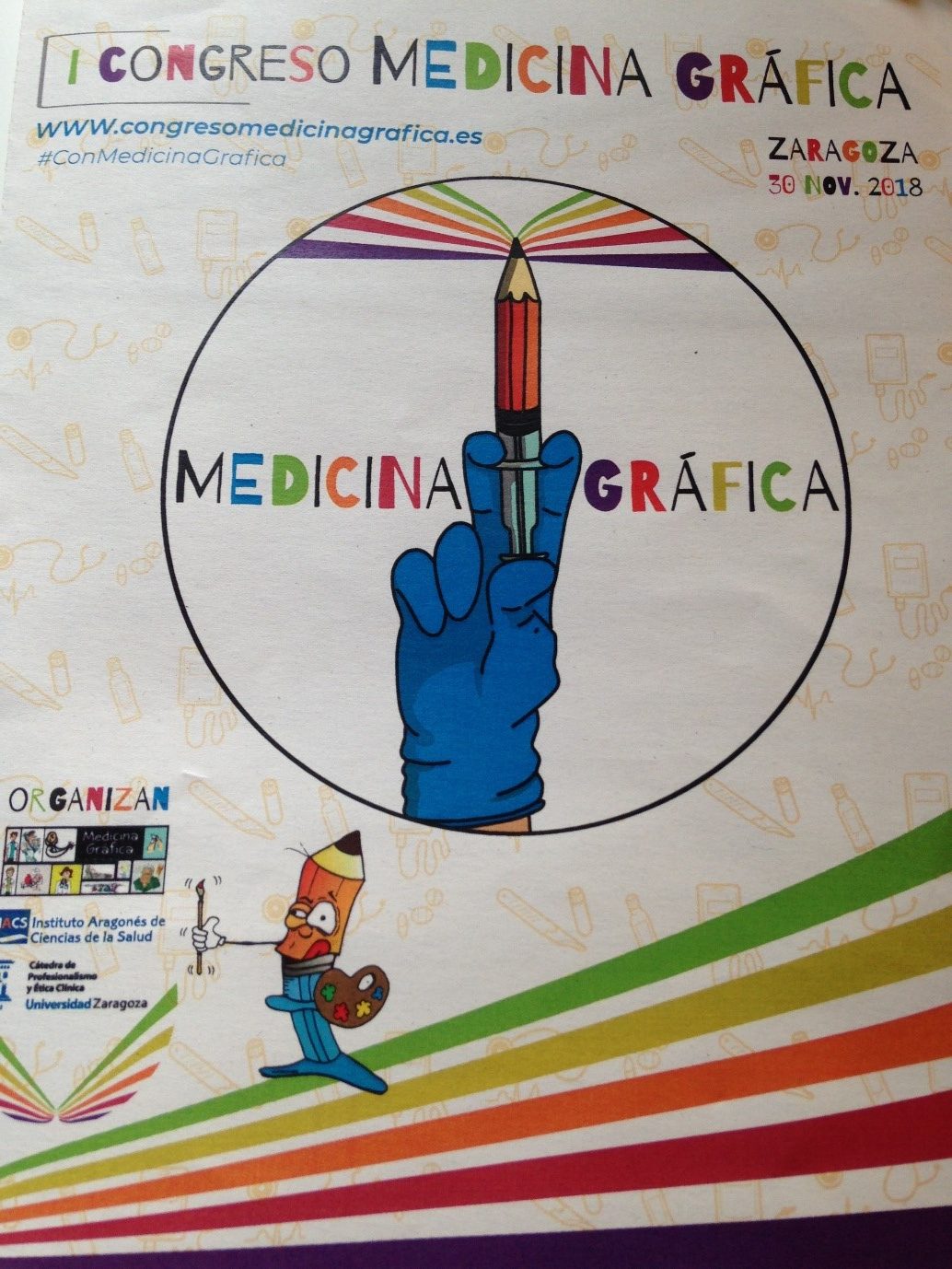 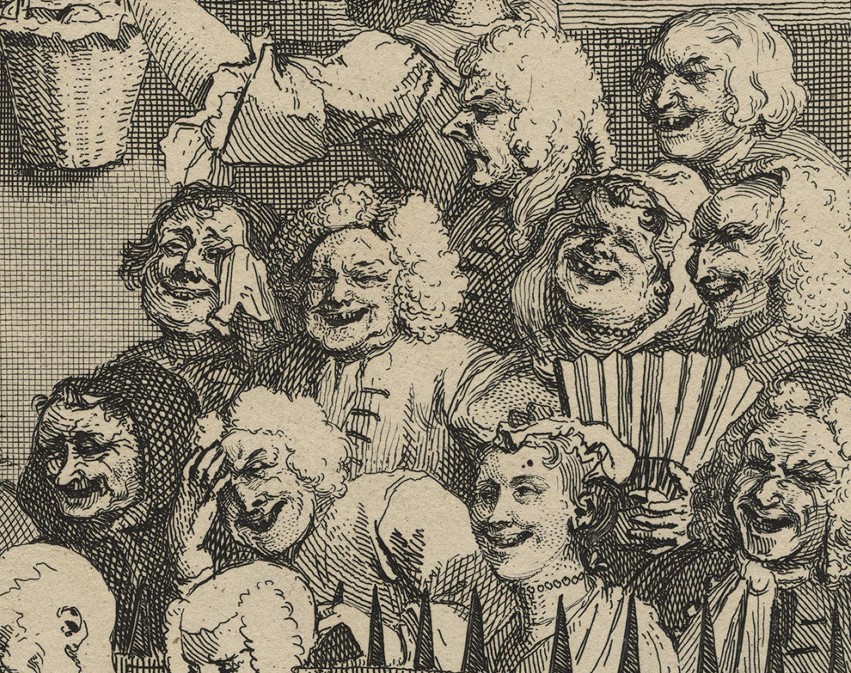 Laughter: a Tool to Rebel or Conform?

1 thought on “Neuroexistentialism: Meaning, Morals, and Purpose in the Age of Neuroscience (Review)”