Does a Face Have Ears?

In this review of Mat Collishaw’s art installation ‘The Mask of Youth’, Queen’s House, Greenwich, Emily Cock reflects on portraiture and facial difference through the ages

Mat Collishaw’s The Mask of Youth[1] is part of a new installation at the Queen’s House, Greenwich, in which Elizabeth I’s animatronic face squares off against the idealised image of official representations—in this case, the Armada Portrait. In the painting, the fifty-five year old queen appears as the ever-youthful Regina, her white face glowing against a voluminous gown and framed by an ornate ruff whose edge matches almost perfectly with the line of her wig.

The mask, in contrast, is entirely separate from any body or staging, its edge formed at the forehead by what would be a very high hairline. A mirror ensures the viewer sees both the Armada portrait and the robotic mechanism in tandem with the face. Elizabeth’s skin is slightly pitted, apparently by the famous lead-based cosmetics rather than the smallpox scars she may have carried after an illness in 1562. Distinct hairs glint on her lip and chin.

The close cropping of the face has produced a further disturbing result: the queen has lost her ears.

Collishaw and his collaborators’ reflections on the work[2] emphasise their belief that it is “abnormalities”, “asymmetry”, “the imperfections, which are the things that wouldn’t have been in the painting, it’s what they tried to remove” that have the potential to make this the “real” face of Elizabeth. It’s important that these background process videos are visitors’ first exposure to the exhibition, guiding our reactions and inviting us to really peer into the queen’s pores. Public reaction on Twitter has largely stressed the ‘spookiness’ of the lifelike mask, but one user[3] was instead caught by a sense of disrespect: “She was such a proud woman you shoulsd [sic] have given hr some hair and make-up and teeth.” (For the record, she does have white teeth). It’s also worth noting that, bar her maids, no one would have seen this ‘real’ face of Elizabeth.

Any portrait of a political figure speaks to some extent about the relationship between the state and the face. Collishaw’s deliberate juxtaposition of the idealised portrait with a ‘warts (or hair) and all’ face engages with questions of image and power, and the relation of what was known in Elizabeth’s day as the monarch’s ‘two bodies’—the physical, fallible individual, and the monarch as embodiment of immortal regnal power.

The loss of Elizabeth’s ears is ironic because ear cropping was one of the disfigurement punishments used by early modern monarchs.

Punishments that disfigure rather than kill are designed to cause ongoing humiliation, above all testifying to the power of the inflictor. Recently, surgeon Dr Munjed Al Muderis spoke in an interview[4] on Australian television about being forced to flee Iraq after refusing orders for the punishment of deserters that included branding and ear-cropping “humanely, under anaesthetics. So ironically, it has to be done in a hospital.” The framing of the punishment as being carried out in controlled medical conditions carries an eerie echo of Henry VIII’s rule in cases of “malicious striking” within certain royal areas that the right hand would be cut off with the king’s surgeon standing by to sear and bind the wound. Such stipulations serve to maintain the image of proportionality and justice, and the preservation of life.

Elizabeth’s own laws included provisions for ears to be nailed to the pillory for perjury, and ears cut and nostrils slit for specific forgery offences. The use of ear-cropping continued, and spread into British colonies. In America, its use actually expanded in the eighteenth century after it had been dismissed by the British legislature. To give just one example, North Carolina’s laws in 1795 included ear-cropping among its penalties for perjury: those guilty were fined up to £500, ineligible to give testimony in any court, and “shall stand in the pillory for one hour, at the expiration of which time both the ears of the person so offending shall be cut off, and severed entirely from the head, and the ears so cut shall be nailed to the pillory by the officer, and there remain until the setting of the sun”.[5]

The severity of the punishment is evident in the fact that Henry VIII added to the extant legal protection for the tongue and eyes with fines for maliciously cutting off another’s ear/s (with the necessary exception for ears cut “by authority of law”). The ears were an important part of the face, which is what gave their removal such power.

How individuals could negotiate the presentation of their visible differences, and how this changed in transnational contexts, forms part of my ongoing research into facial difference across Britain and its colonies in Virginia, Massachusetts, and Australia. There are a significant number of portraits that show elite men’s battle scars, but for men without such narratives (or often, social status and wealth), or women, the negotiation of facial difference proves more ambivalent and elusive. The shifting extent to which facial difference—now a protected characteristic under the UK Equality Act (2010)[6]—was ‘disabling’ in these historical contexts is one of my project’s big questions.

I want to finish today’s brief interjection with one of the very few first-person responses (I can only hope to find more!) to the infliction of disfiguring punishments like ear-cropping in early modern Britain.

Alexander Leighton[7] (c.1570–1649) was born in Scotland, and practiced as a trained but unlicensed physician, and a minister. He was arrested for sedition in February 1630. In his own account of his trial he alleged that he missed the sentencing because he had been poisoned while imprisoned in Newgate (London) and “his hair and skin came off in a sickness (deadly to the Eye)”. Despite a temporary, disguised escape from prison, he was quickly recaptured. He was fined, and on 26 November the rest of the sentence was carried out. He relates:

Your Petitioners hands being tyed to a stake (besides all other torments) he received thirty six stripes with a terrible Cord, After which, he stood almost two houres on the Pillory, in cold Frost and Snow, and suffered the rest; as cutting off the Eare, firing the Face [i.e. branding with hot iron], and slitting of the Nose; so that he was made a Theater of Misery, to Men and Angels.[8]

He was then returned to Newgate prison.

Leighton reasoned that the sentence was “imposed (as on a dying man) to terrifie others.” He was originally supposed to go through the ordeal twice (thus on both sides of his face), but this doesn’t seem to have occurred. In Newgate he served paying prisoners as a physician, and he was freed and appointed keeper of Lambeth Palace by Parliament during the interregnum. In this, his Laudian sentence and subsequent reclamation echoes that of the more famous puritan martyrs William Prynne, Henry Burton, and John Bastwick.

In addition to his public proclamations from the pillory, Leighton offered further reflection on his sentence and appearance in two unpublished poems.[9] He describes his “Dismemberd nose, [and] eares” as “stigmatized”, and himself as “A dismale, savage spectacle”. Though he may have written the poems while still imprisoned, Leighton emphasises the power of being stared at, describing himself as “A gazing stocke become to younge and olde”, just as in his printed work he called himself a “Theater of Misery”.

There are elements in the poem reminiscent of Rosemary Garland Thomson’s framework of ‘staring back’[10], which flips—or at least troubles—the power of spectacle in the face of visible difference. Leighton attempts to cast his survival as his opportunity to play the ghost at the feast, continuing to “rise” and “eternize” the cruel act. Nevertheless, as Frances Condick notes, the poems’ overall tone of despair (which was understood as a sinful repudiation of God’s will) stands in contrast with the stoic one set on the pillory and in his published Petition.

Elizabeth’s portraits, including Armada, almost always show her ears. Whatever the reason for excluding Elizabeth’s ears from The Mask of Youth, their omission echoes an imposed loss well-known to her people. The monarch facing the imposing Armada portrait also faces the experiences of people like Alexander Leighton.

Dr Emily Cock holds an early career fellowship from the Leverhulme Trust at Cardiff University for the project Fragile Faces: Disfigurement in Britain and its Colonies (1600–1850), exploring the threat, experience and representation of facial disfigurement in Britain and its colonies in Virginia, Massachusetts and Australia from 1600 to 1850. She has recently edited Approaching Facial Difference: Past and Present (Bloomsbury, 2018) with Patricia Skinner.

[5] The Acts of the General Assembly of the State of North Carolina (Newbern: Francois Martin, 1795), chapter VI.

[9] The poems are in manuscript in the British Library and transcribed by Frances Condick in ‘The self-revelation of a puritan: Dr Alexander Leighton in the 1620s’, British Institute for Historical Research 55 (1982): 196–203. 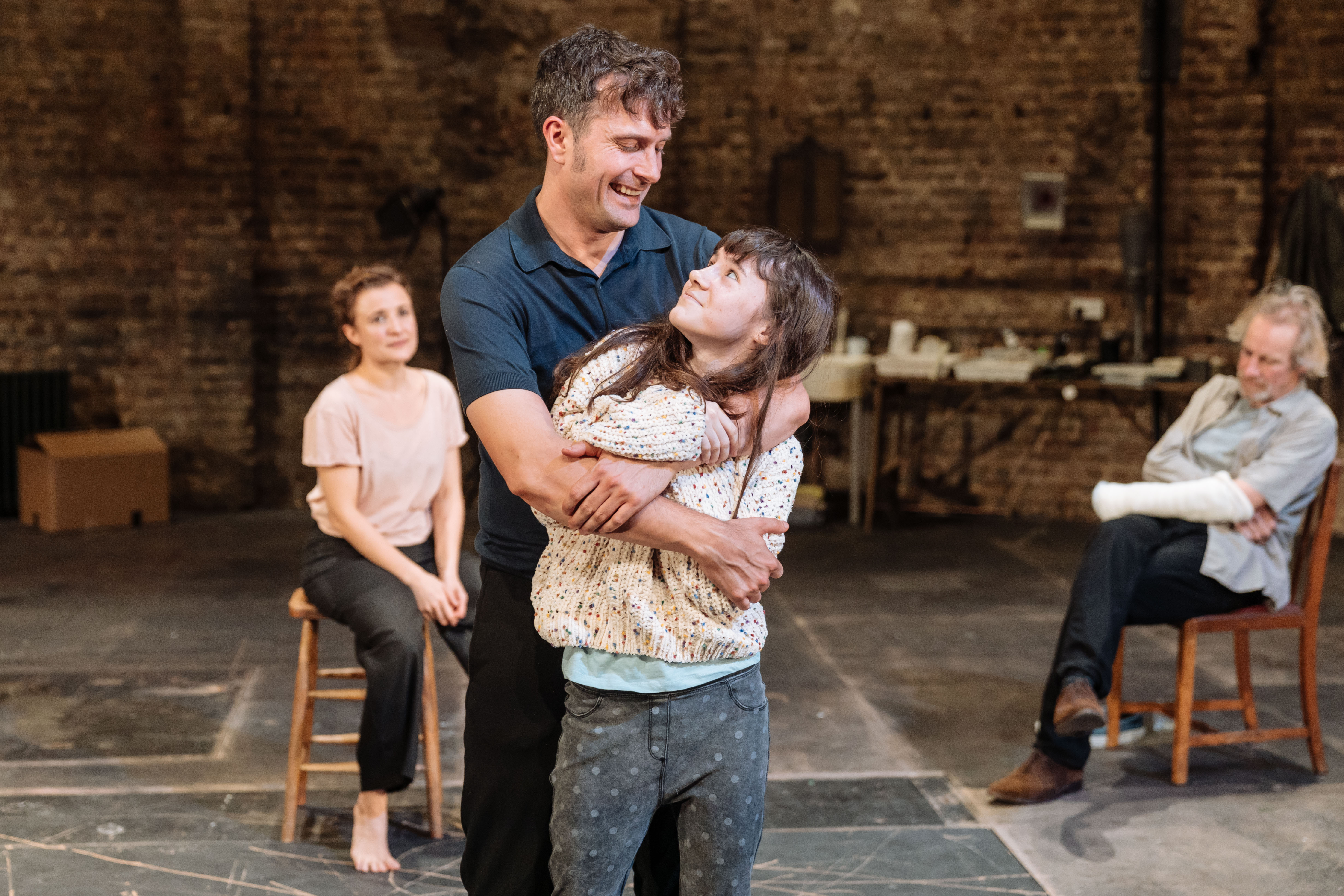 Illness as Metaphor I: The Wild Duck

A Dry and Silent World: Part 1, ‘A little like stepping off a precipice’.